Don’t miss out on the immersive exhibitions at C/O Berlin Foundation on until September! 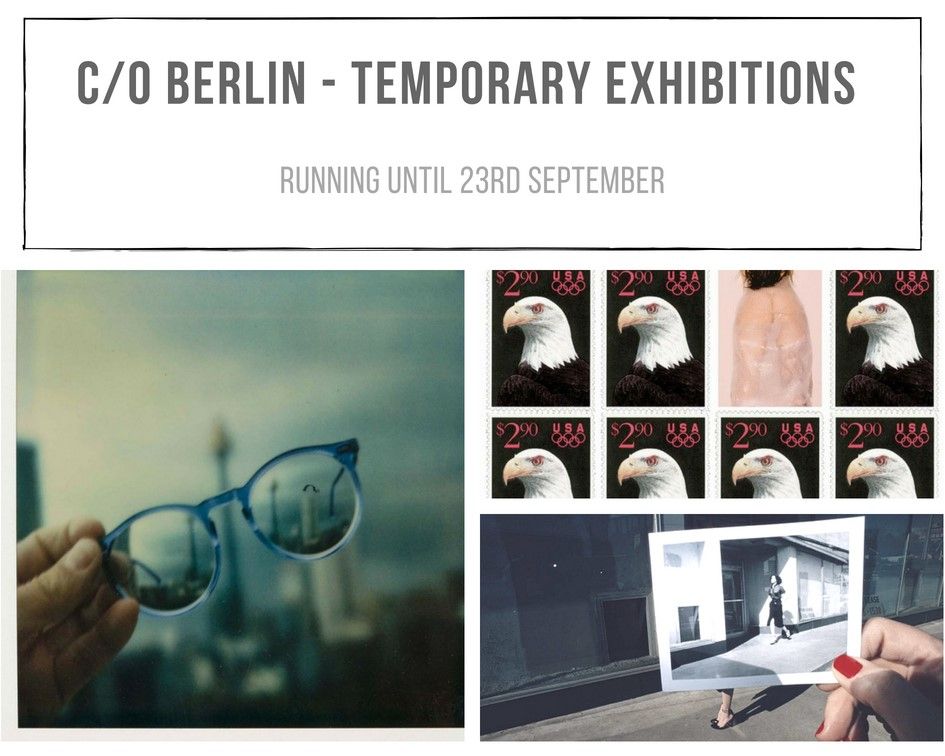 The charitable foundation C/O Berlin is an exhibition venue for photography and visual media, displaying the work of renowned artists and supporting children, youths and adults on their journeys of discovery though today’s visual culture. Founded by a photographer, designer and architect in 2000 the foundation has developed into a unique institution that has achieved widespread public acclaim, offering a cultural programme with international standing. At present the foundation is hosting three temporary exhibitions, running until September 23rd, that should not be missed! Uncover the finer details in our app here!

Wim Wenders is a German award-winning director, filmmaker and artist whom is regarded highly in contemporary German film and is considered a pioneer of New German Cinema. Between the 1960s and early 1980s Polaroids were Wenders’ visual notebook, capturing thousands of exclusive personal shots from a variety of settings such as film sets, portraits of celebrities, friends and his travels around the globe. The insightful exhibition, Wim Wenders – Instant stories, presents a selection of around 240 Polaroids from his collection and is making it’s first and only stop at C/O Berlin! Accompanying the exhibition will be pieces from films in which Wenders used instant photography as part of the film narrative. Wenders’ work has been displayed worldwide in multiple museums and in 2012 he and his wife founded the Wim Wenders Foundation in Dusseldorf. The exhibition is presented in collaboration with said foundation and The Photographers Gallery London.

Polaroids allow us to capture those natural and spontaneous moments in time within an instant, the charm of this and the speedy processing of the photos made Polaroids incredibly popular. World-renowned artists experimented with them and thus shaped an era through their interpretation of instant photography. The Polaroid company was founded in Boston in 1937 by physicist Edward Herbert and the brand plays a significant role in photographic and cultural history, despite the move toward digitalisation and Polaroid’s eventual insolvency. The brand has returned under the name The Impossible Project with products rebranded as Polaroid Originals indicating the comeback of instant photography. The C/O Berlin is presenting the exhibition The Polaroid Project which explores the phenomenon of the Polaroid and a unique look at collections in the US and Europe, including pieces from David Hockney, Robert Rauschenberg, Chuck Close, Guy Bourdin and more. Discover the different approaches artists such as Andy Warhol used and their experimentation with camera’s, ranging from the classic SX-70 to large-format Polaroids used to create interior details, landscapes and still-lifes.

The winner of the 2018 C/O Berlin Talent Award, Stefanie Moshammer, was born in Vienna in 1988 and her work is now being displayed in the solo exhibition Stefanie Moshammer. Not just your face honey. Moshammers photographs are intriguing and captivating, using different media that highlights the complexity of our contemporary perception. Fascinatingly she develops her own photographs using Google Maps, film footage, video, fictional shots and images from her imagination, creating new forms of documentation that touches on central photographic themes such as what is reality? What is fiction? This series inscribes the exploration of subjects such as love, illusion, identity, control and surveillance in visual form.